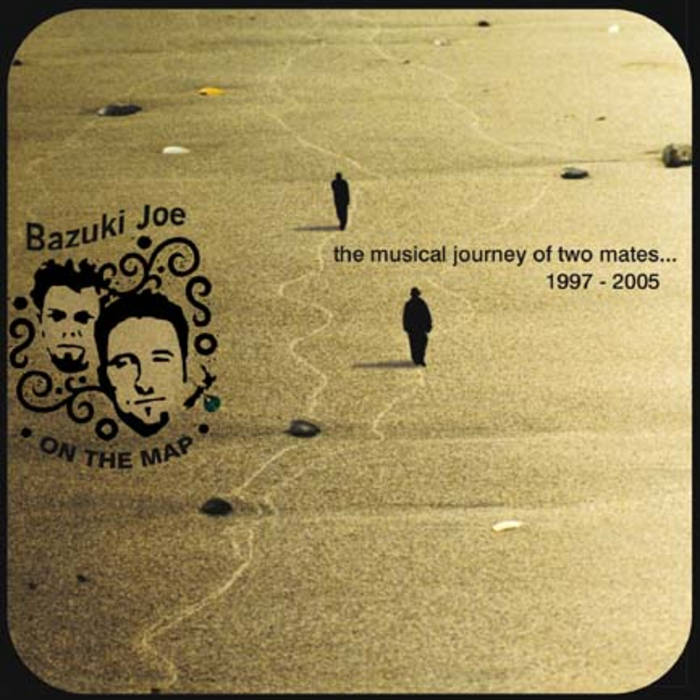 a very slow 9 year collaboration project between Jody Lloyd and bouzouki player and multi instrumentalist Mike Considine. most of the album was writen and recorded in 1997-98 when the two lived near each other. distance and other endeavours separated the project and a few more sessions happened in 2000-2001, and again in 2005 to complete a body of work.

ON THE MAP by Bazuki Joe.

Take some traditonal Irish music – flute, bodhran, accordion, whistle, guitar, fiddle and bouzouki... and throw it together with hip hop beats, raps, samples and turntable trickery... mix it all up in Christchurch, NZ and you get something new and interesting. Bazuki Joe tell their story best themselves within the cd booklet:

’Micheal Considine and Jody Lloyd met in Christchurch, New Zealand in 1996. The two shared a common interest in music.They began to write and record ideas and Bazuki Joe was born. But as it usually does, time and distance eventually separated them. In 2004 Bazuki Joe and some new mates got together for a few more recording sessions resulting in enough material to put together a comprehensive and eclectic album of pacifican/celtic world music which sounds as fresh today as it did when it was made.’

If you guessed that Mike and Jody come from completely different musical backgrounds, you’d be wrong. They met through Jody’s folk musician father. Mike's London/Irish roots came from parents from Kinvara and Kildimo in the West Coast of Ireland who emigrated in the early 1950s to London. He began playing in and around London, at sessions in pubs, as well as doing gigs with various trad bands. In 1991 he travelled to New Zealand. After joining the already established Celtic group Rua, He formed his own group Claddagh, who went on to win the Folk & Acoustic Music category of the 1992 Tui NZ Music Awards with their album, Continental Drift.