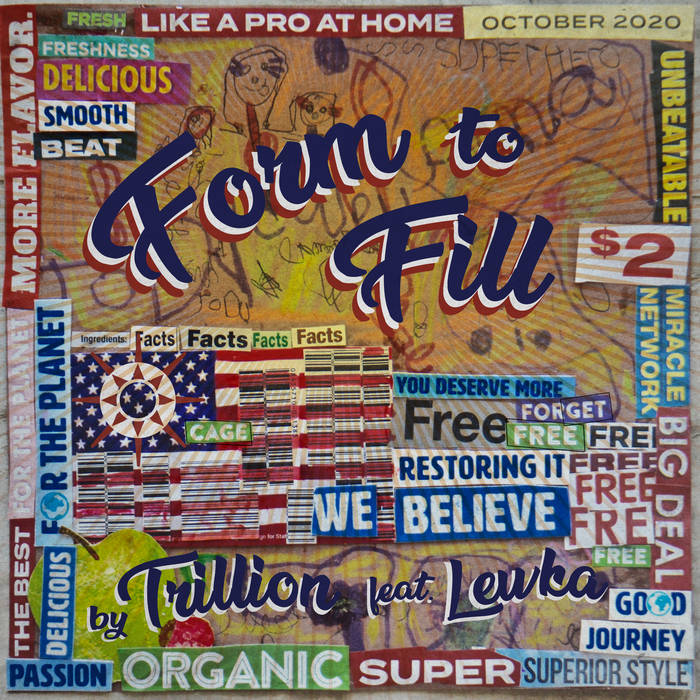 in 2010 I was inspired to write this song after listening to a series of talks by ex-teacher and homeschooling advocate John Taylor Gatto - about the hidden agenda behind the schooling system.

in 2011 I dropped the 2nd verse I had written and invited Lewka into the song. He sent me his parts, but I never finished the track.

on October 24th 2018, Lewka sadly passed away after a year long battle with a rare cancer of the spine.

I decided to finish this track in his memory.

also included in this download are 3 pdf books:
1. Shout Outs From a Brazen Bull by Lewka Peel [2011]
2. Dumbing Us Down by John Taylor Gatto - The Hidden Curriculum of Compulsory Schooling [2002]
3. Principles of Secondary Education by Alexander James Inglis [1918]

music / production by Trillion.
artwork by Jody and Sienna.

the system wants me uniformed and steady billed
my form to be ready filled
the norm for the treading mill
my force field ready tilled
my life, corn to the mill
but I was born of free will
with no form to fill

[from 2010]
We raise incompetent staff - but always locked in a task
Forced to operate fast, but never prompted to ask
I’m from a bottomless class - I never wanted to pass
Cos they stomp on the hearts of those ensconced in the arts

Habit keeps the ruling class at the top of the charts
And the schools and classes always chopped in to parts
Locked into lies, glasses propped onto eyes - reading the future
Minds confined and adjusted to believe in the tutor

we’re really locked into an underground box
we should be shifting off the rocks and lifting the blocks
it's an adaptive function adjusted to meet the slave arrangements
activate a punch-in card, have lunch in a yard
and speak in paper statements

[from 2020]
this culture makes me nervous and feel worthless
this feeling is a disservice to my real purpose
burdens blurry, dark feelings surface really early,
I need nurture - to feel worthy on this healing journey

I’m clearly yearning for the true sense of being
a sensitive being’s deep ascent with senses freeing  intent,
intensive - a sentient sent to the senseless
to end the insensitive sentence

the dollar and cent incentives, surveillance centres,
centrists interests and the empty census -
we’re beings affirmed in a pre-caste norm
but I’m free-formed earth - I can see past form

the loss of possible abilities - infinite possibilities
intimate crossed agilities - riches and lost liberties.
When we squash the host of hostilities, killer bees
and open heart oft we make the most of lost inner keys

getting back to basics - hack the matrix
carry a back pack that is weightless
we live a pure joy and freedom that’s contagious
and actually, this action is creating our oasis